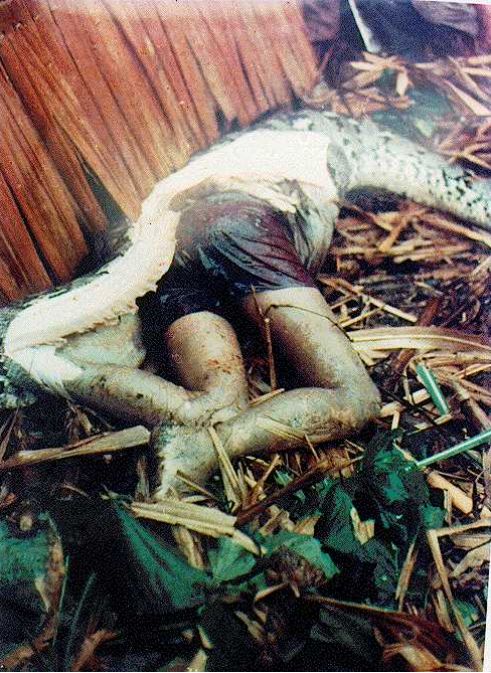 This story reportedly comes to us from the Amazon, where a crew member from an oil rig went out and took a nap during the middle of his shift. Apparently, he had a reputation for doing this sort of thing, so when he didn’t show up for a while, no one thought anything about it. Until it started getting late. A quick examination of the oil rig turned up nothing, so a search party was mounted. It wasn’t long before workers came upon a python that had gotten stuck trying to go through a hole in a log. It wasn’t uncommon in that area for pythons to eat large prey, but something about this one gave the workers an uneasy feeling. They captured the python and brought it back to the base camp. The following photos show what they found. Uh-oh… this doesn’t look good… Better cut it open to see what’s inside. And inside the snake, they found… The Moral of the Story:

Don’t go to sleep on the job!