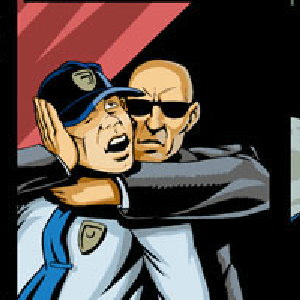 In The Professionals 3, a computer hacker has stolen your identity and emptied out your bank account. Track down this idiot and teach him the real danger of identity theft. Funny, how some people can be so smart — yet so stupid when it comes to knowing who NOT to mess with. Note: See below game for instructions and tips.

Stealth is your most important skill as an assassin. You need to stay as hidden as possible and take out the guards quietly so they don’t sound an alarm. Be careful around closed doors, because guards can sometimes be hidden behind them. When a wall has columns, you can press the up arrow to hide behind them (the guards tend to be pretty stupid and usually won’t see you there). The more quietly you can kill a guard, the better. However, they often travel in groups, making it tough to kill them in a way where they won’t notice something’s going on.

The Professionals 2: Assassin’s Revenge
Next Post: Age of Castles: Build Your Kingdom